Continuing momentum here, I thought I might have a go at an image of crofting rigs heading down to the sea, something I saw (but wasn't able to sketch) up near Durness.  However, when I started to make a drawing it came out a bit differently. Cliffs emerged!  I think I've seen so many cliffs over the last week that this image is lodged in my brain. 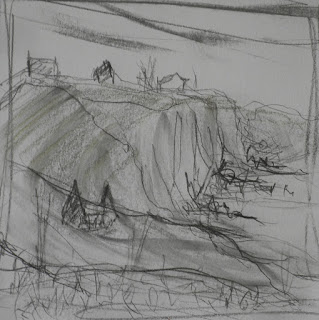 As a composition I thought this might work. In particular, I thought there was a motif here - a repeating A-shape - which I wanted to explore. So I drew it out on a larger piece of paper. 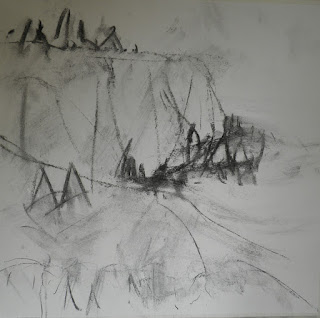 So far so good.  What about palette?  I thought green should predominate, so selected an olive green acrylic to start with. Also using diluted black ink. 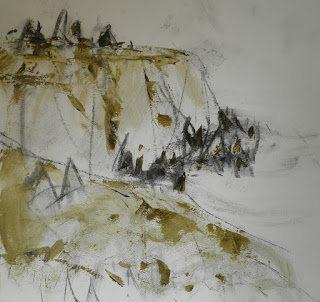 Then I added some crimson allizarin to the mix, but I was a bit tentative. I was being particularly restrained about the sea and the sky. And I was troubled about the position of the abandoned cottage on the middle left. 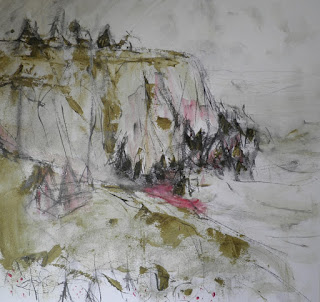 I worked away in pencil and paint, adding ultramarine and yellow ochre to the mix. But then I thought it wasn't working so I worked it all over in white gesso to knock it back a bit. 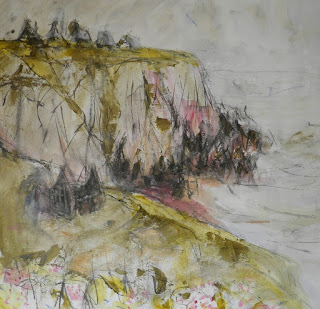 It was still looking a bit crude, I thought, and I continued to work on it.  I clearly got more absorbed by the picture as I forgot to take another photo until I got to this much more advanced stage. 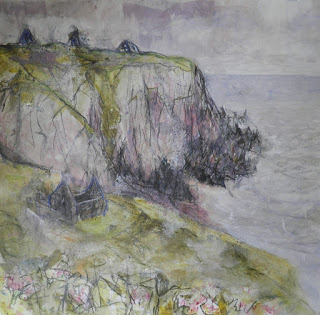 And at this point I stopped!  Kind of interesting. Another one for review next week.
Posted by Aileen Grant Artist at 16:04 No comments: 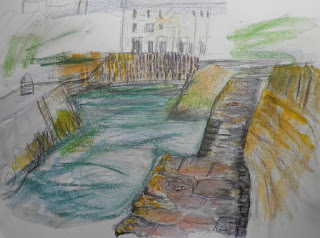 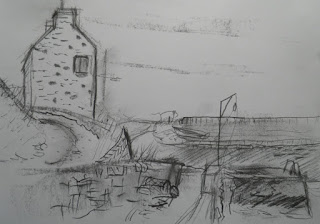 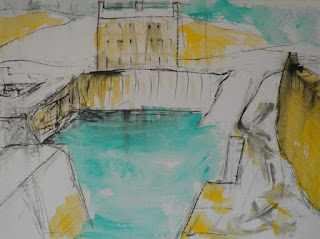 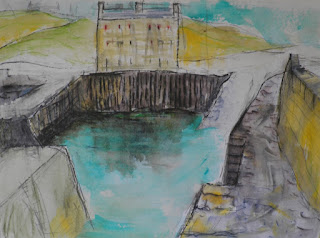 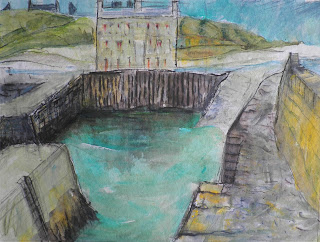 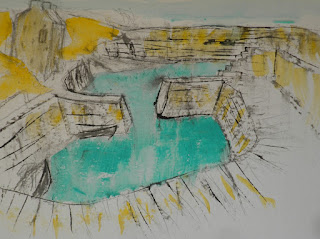 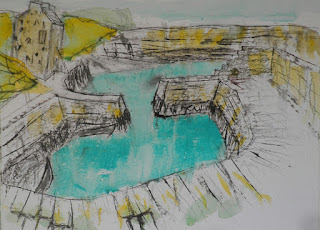 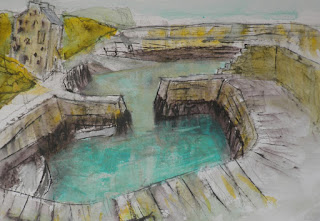 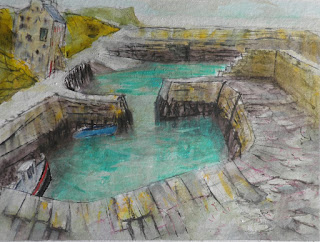 Posted by Aileen Grant Artist at 16:03 No comments: