I've been so disappointed with my picture of the Nungate Bridge last week, that I came into the studio yesterday detemined to start afresh. I felt as if I got trapped by detail last week - clearly I got too focused on the stonework and ended up doing a very 'literal' picture.  I cropped it but I think it still looks a bit restrained, even boring.  So I'm adopting a slightly different approach this week.

I went back to some Applecross and Lochcarron images that I had decided to use as a basis for picture-making.  I had previously made an attempt at this motif - the view from the sandy bay in Applecross.  I started off in charcoal, then rubbed it out a bit..... 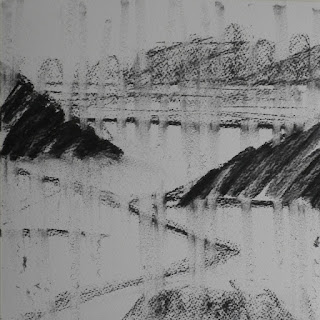 Then I added some gouache and acrylic...... 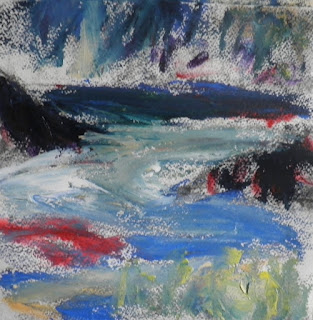 Then I drew into the paint and also added some more acrylic.  I was trying to use the paint quite thickly, more like oil paint, and I kept to a limited palette. 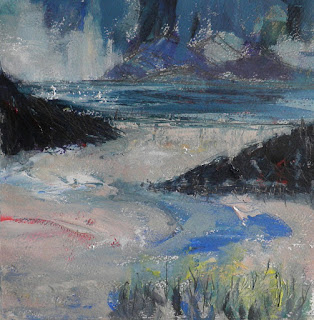 Maybe that blue in the foreground is the wrong colour - it should possibly be toned down, and the sky needs some careful work.
I set this aside and made a start to another picture, again in charcoal, rubbed out a little. This picture was based on a sketch I did of Beinn Alligin from the south across Loch Torridon (with some birches in the foreground).  I really like the composition. 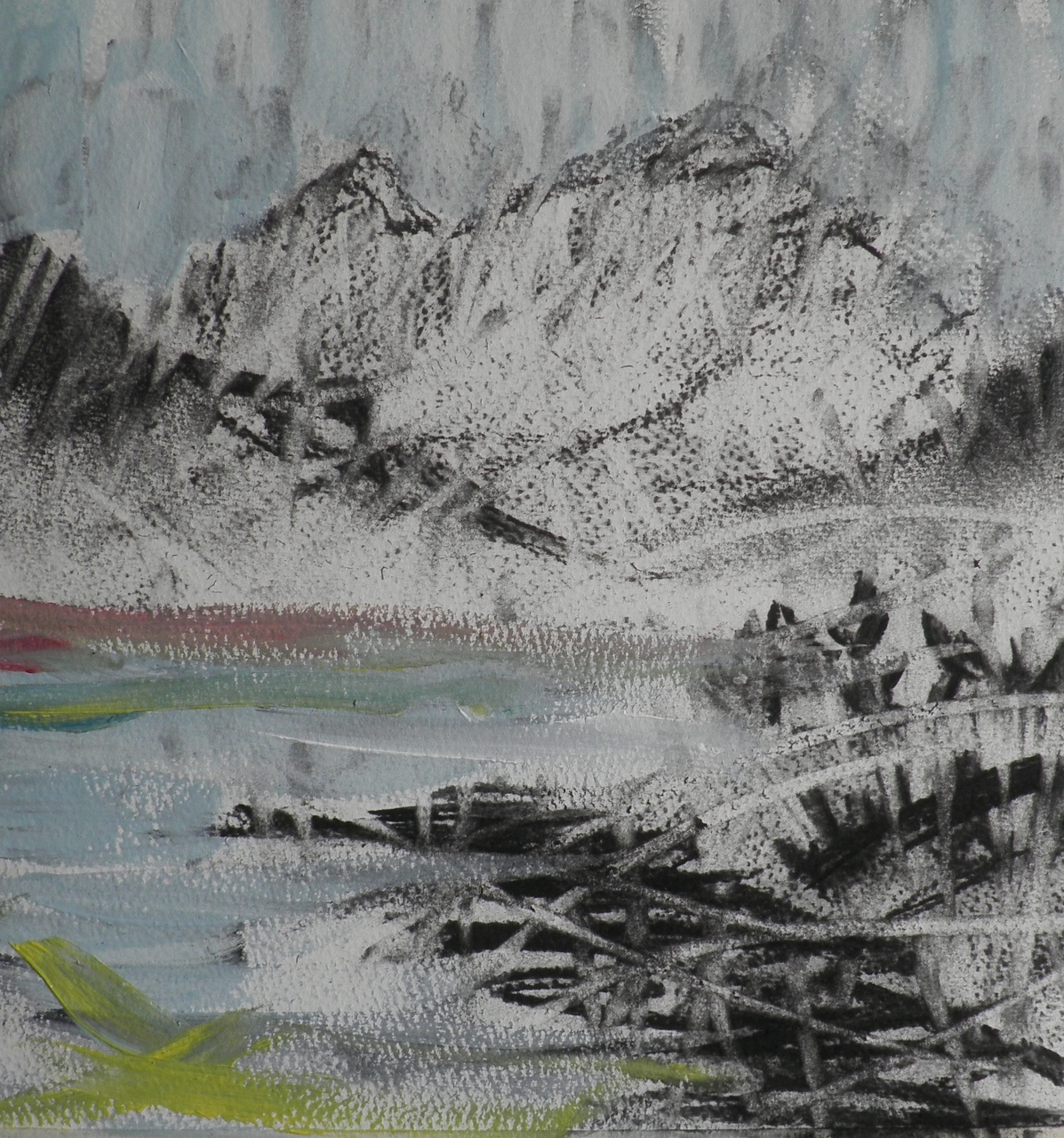 I thought I'd add some magenta and burnt orange - the colours of the hills - in gouache at this stage. 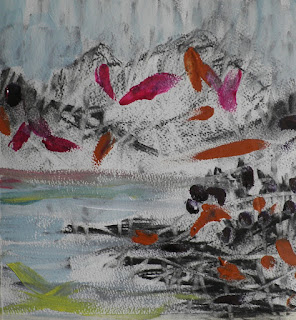 And after this I went in with the same acrylic colours and pencil.  The grain of the hill was based on the marks in the sketch I did . 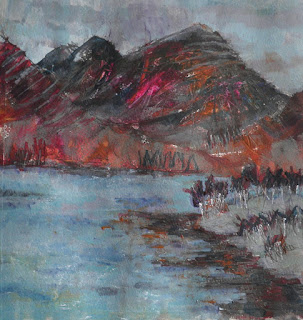 I think I lost a bit of definition in the sea just when I finished, so I'd like to revisit this and then see  how it looks.  The birches are maybe a little heavy too.  I might also try this composition again in another picture.

My next effort was based on a sketch I did of Shieldaig Island from the new pontoon pier.  I had already done a fresh drawing of this in the studio which I pinned to the top of my board, and I started again with a stylised charcoal sketch. 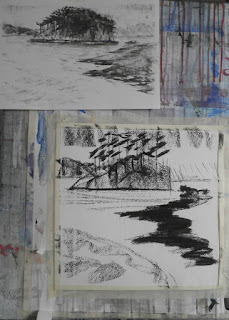 This time I added red, green and magenta gouache.  By this time I had thinned down the acrylic paint and so it was much more watery than earlier in the day. 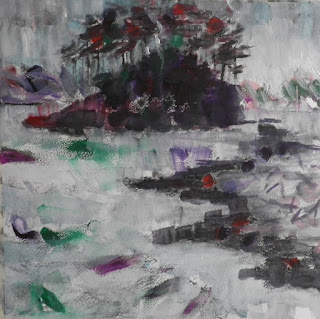 I carried on with pencil and acrylic but I wasn't getting quite the same effect as earlier because of the thinner consistency of the acrylic. 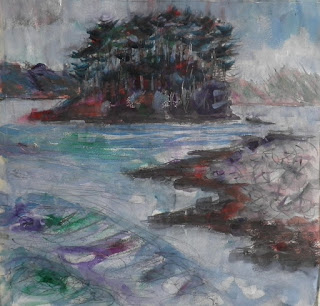 I wasn't satisfied with the way the sea was looking but really wanted to hang onto the swirls in the sea in the foreground - I remember observing these and trying to draw them. 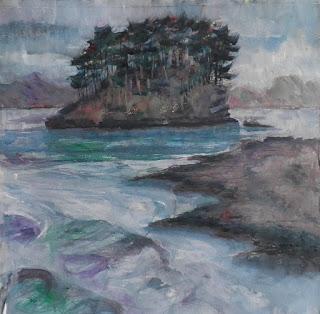 So this was how it ended up.  It still needs a bit of work, but I quite like the way the island has turned out.

Anyway, I felt much happier about the way my painting went yesterday.  The work felt like less of a chore and I feel the results are looser, freer - closer to what is in my head....I think....