Back from a fab sketching trip with pals to the wonderful city of Verona at the start of May: now trying to make something out of my sketches.

My aim was modest - to do SOMETHING from my sketches.  However, I set myself a challenge....not just to reproduce one of my sketches, but to play around with motifs and details and try to come up with something a bit more interesting. I also set a time limit - 2 weeks.

I started by scribbling and working things out in my sketchbook.  Thinking about composition, really, but also thinking about the essence of the city - what did I love about it? 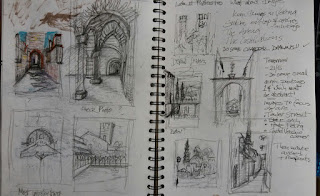 What I found particularly fascinating was how the city has adapted itself through time - Roman details in mediaeval buildings, the preponderance of brickwork, and the dominance of the Adige River...and so on. But already I was forgetting things, and the trip was taking on the feeling of a dream
Anyway...initially I did some small watercolours. 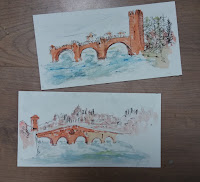 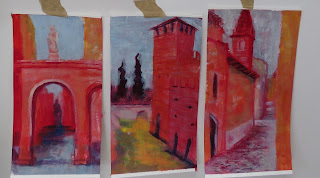 Then trying larger ideas in acrylic. 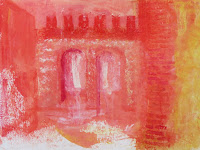 Thought I'd try to combine different motifs on one picture plane.
However, this one looked a bit too busy 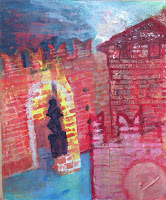 So I cropped it....and refined it, but it probably needed more space.


I then decided to play around with a few details to enrich the picture-making. Not just brickwork and castellations!  I referred back to photos I had taken of details and drew these out with a dip pen. Hard work! 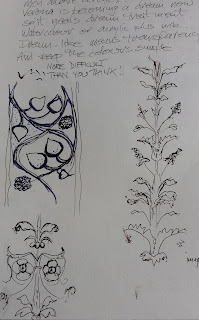 Then back to painting, thinking about using some of the details.

But convinced myself that a double-arch motif didn't really work in this one.

And finally decided to simplify by losing the main arch and adding a bit of shadow.
This is where it is now. 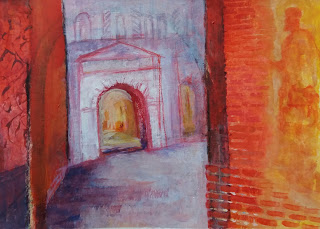 Then I had another idea, based on arches and statues, from memory. 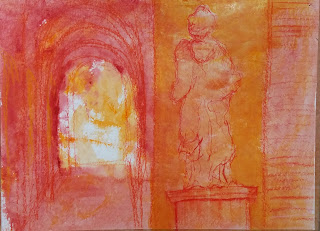 And then I refined this, referring back to a very quick sketch I had made at the theatre colonnade - trying to get the proportions better. And I wanted to make the statue a bit dreamier. So this is how it looks now.  Interesting to compare....maybe the first version was better... 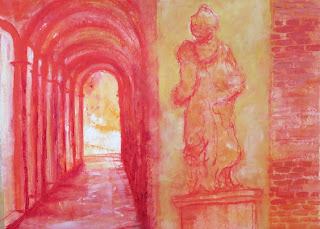 But I really didn't think I had achieved what I had (somewhat vaguely) set out to do.  And, in a flash of inspiration, I thought I'd have a go at making a couple of monoprints...well three actually. 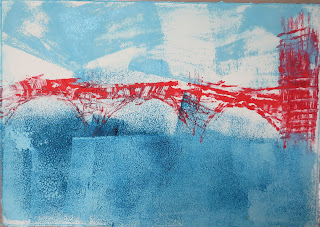 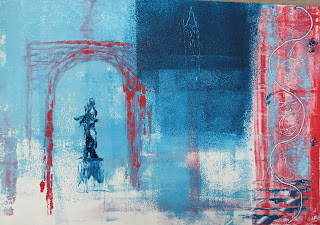 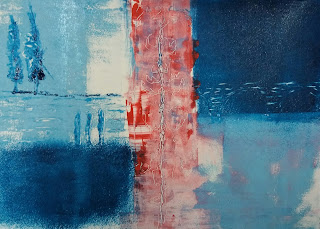 I think these are kind of interesting and they're closer to achieving the 'dreaminess' of Verona that I was trying to capture.
And it has taken me 3 weeks to get here, so I think I probably have to move on now....
Comments welcome!

Posted by Aileen Grant Artist at 15:44 No comments: