From Sketch to Painting

Can't believe it's more than a month since I last blogged. I've been busy printmaking and not had so much time for painting. This week I'm in Lochcarron and so I've started some new paintings (of favourite old scenes, of course).

Yesterday we went to Applecross and I did a couple of sketches on the beach at Sand. It was cold but the sun came out between showers and I managed to do these two. I was trying hard to capture the look of the wild sky. The sky did look particularly good yesterday. 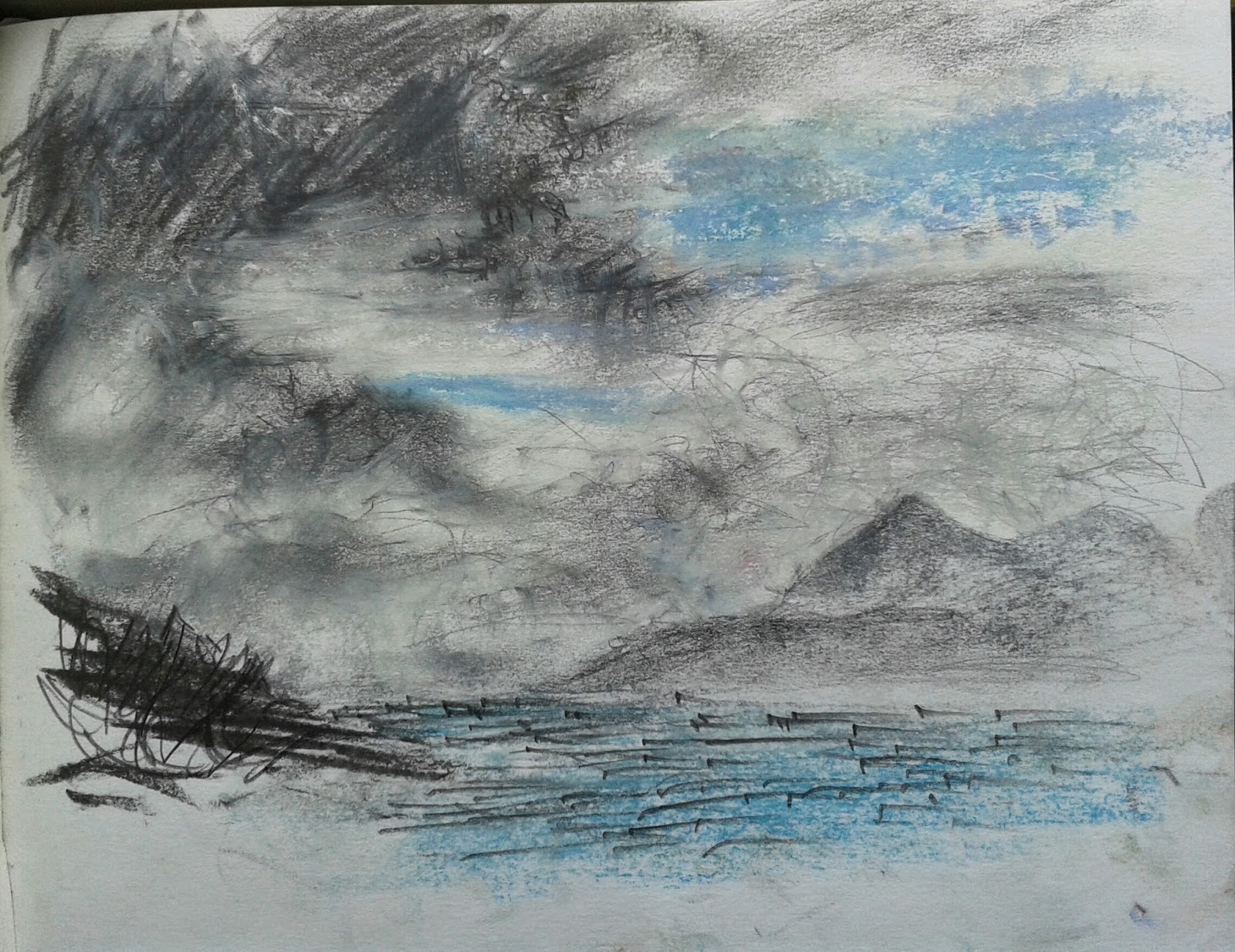 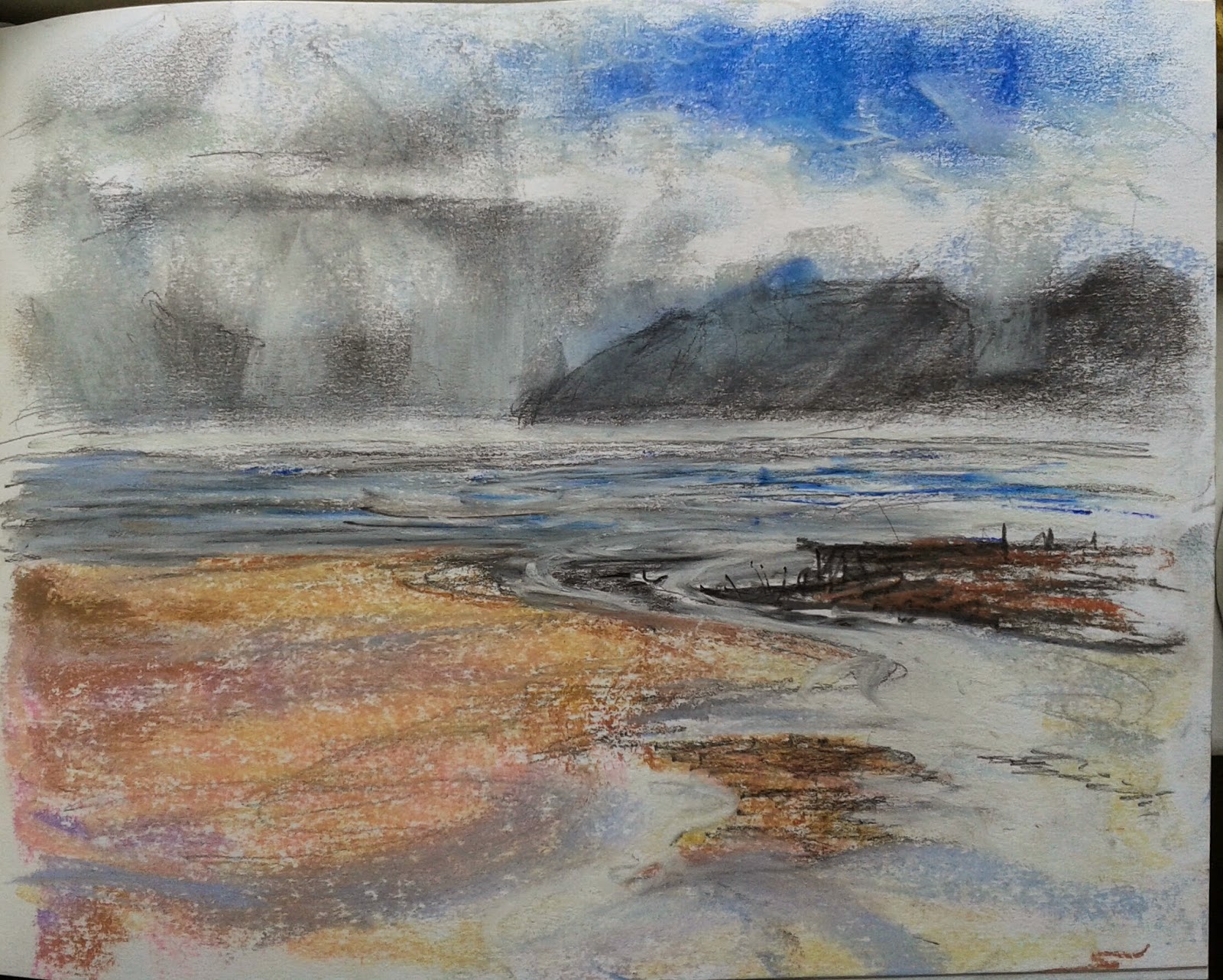 Today I decided to have a go at a painting of this view. I thought I'd do one pic with a big sky and another with a big foreground in order to get a good composition.

I started off with my big sky pic looking like this. I was actually referring to a photo as well as my sketch. This is a terrible mess, but I quite like a lot of the marks. 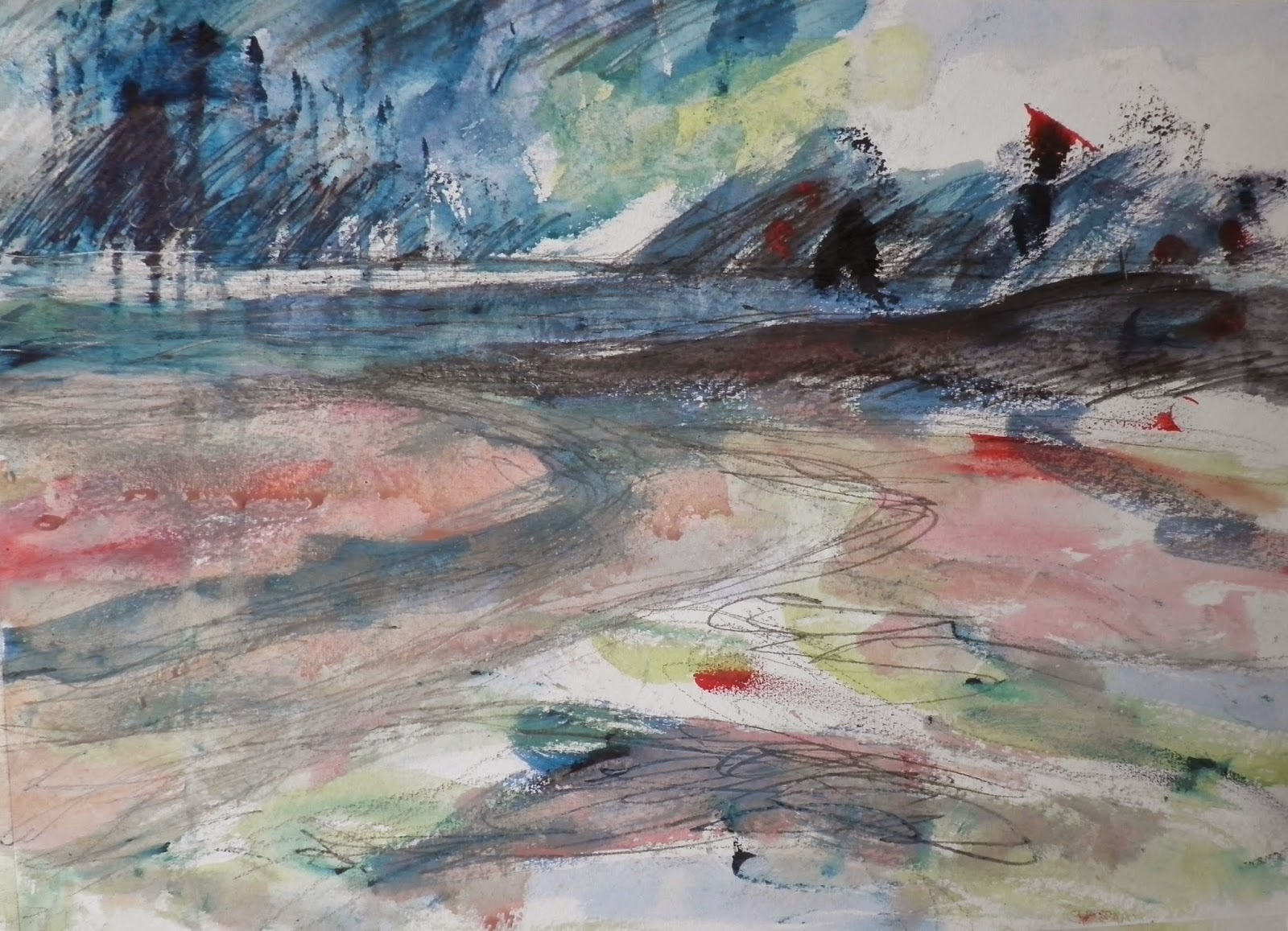 Anyway, I carried on, started another pic, then returned to thie first one. Eventually it looked like this. 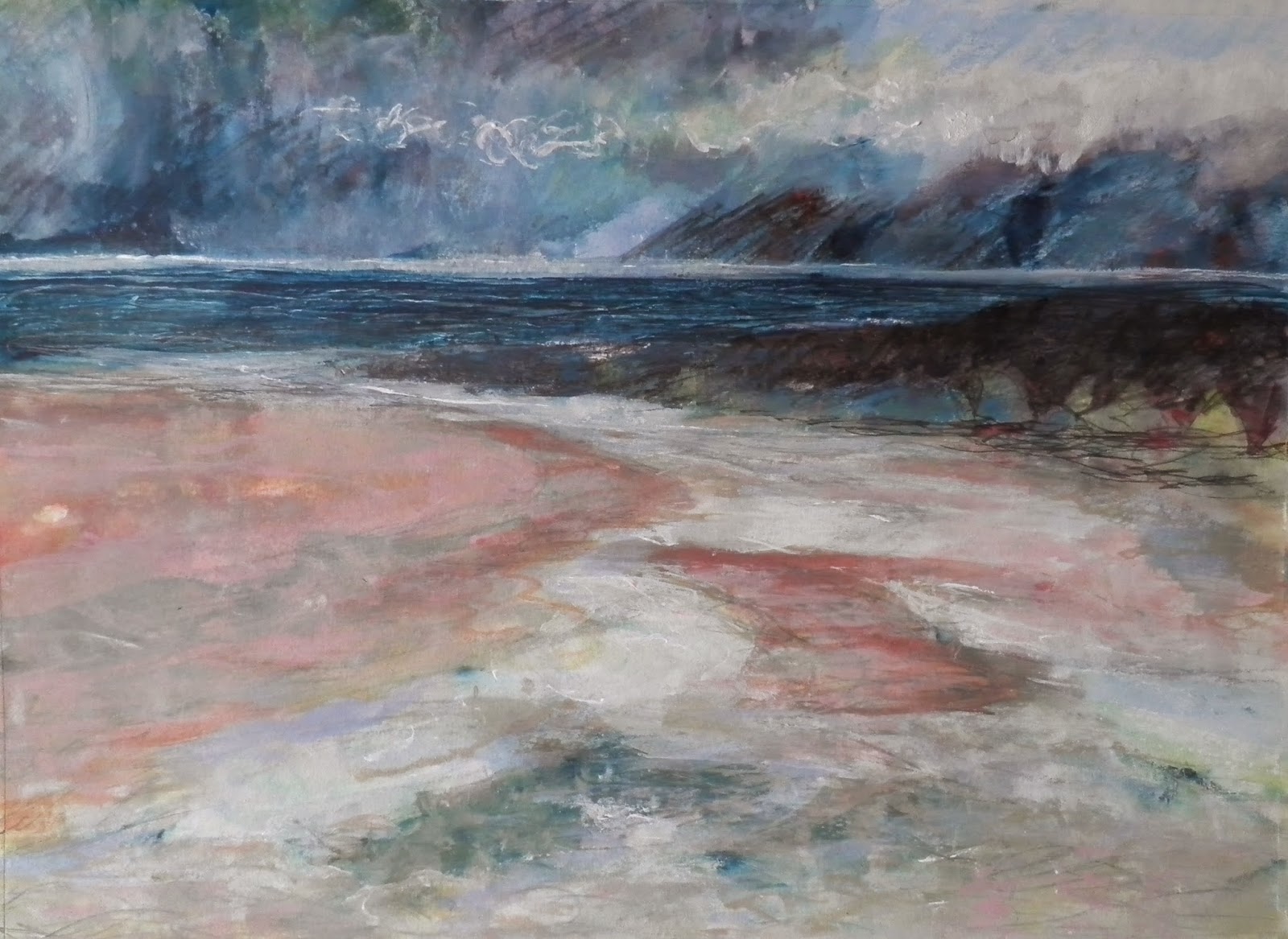 It looks a bit smoothed out now, doesn't it? Lost a lot of energy but there's the makings of a good pic in here. I want to revisit this, go back to some of the photos and try and introduce some better foreground marks.


Pic number 2 was to be my sky picture (sky and Skye, I suppose). I forgot to take a snap early on, so I only have the end result. 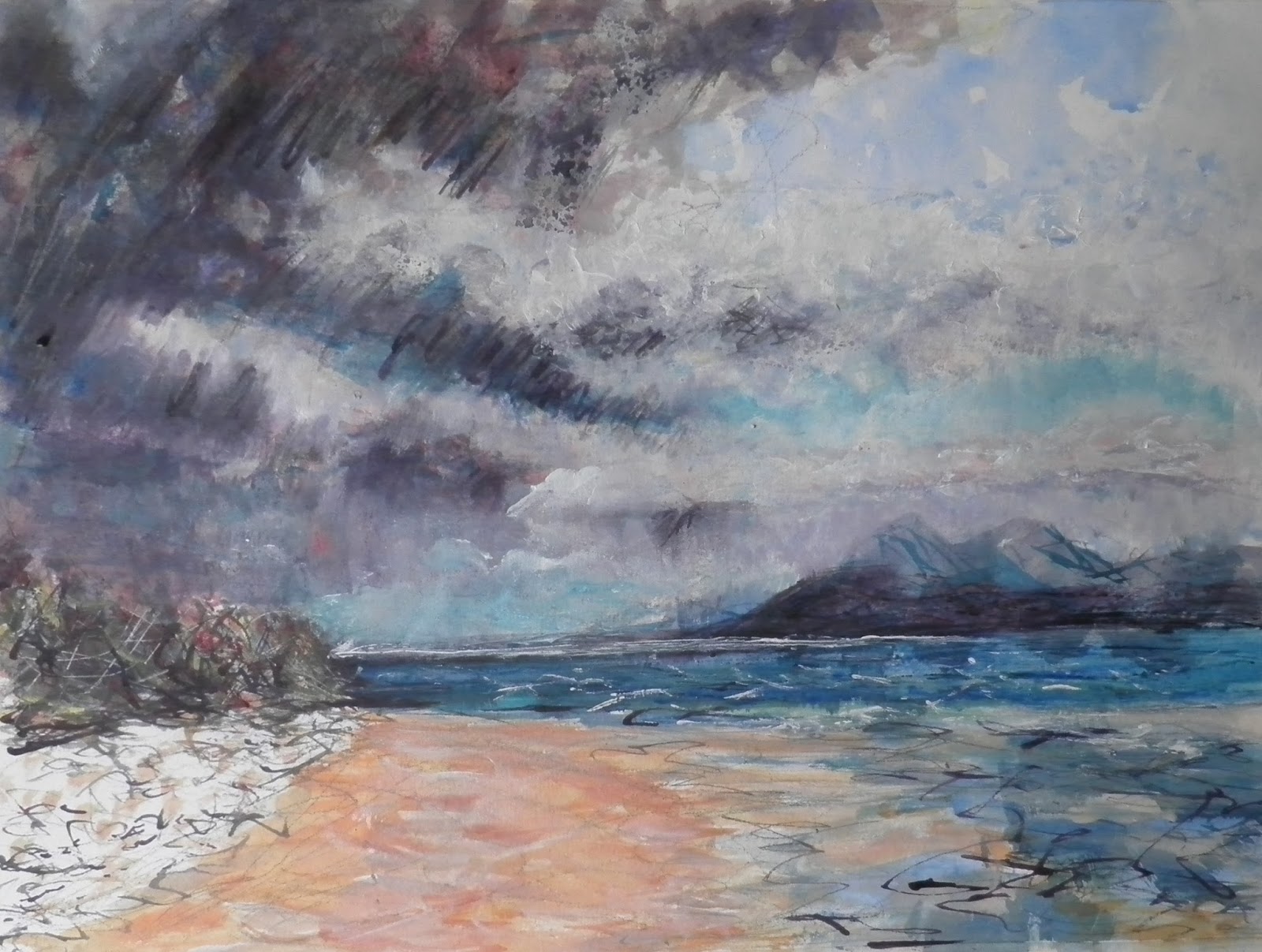 Again there's quite a lot I like and at least it has retained a bit of energy, I think. It's quite close to the sketch, but with some added foreground and the foreground colour gives it a spring-like ambience.

Of course, neither of these are a patch on the sketches, as usual, so that's my next challenge.

Posted by Aileen Grant Artist at 13:11 No comments: